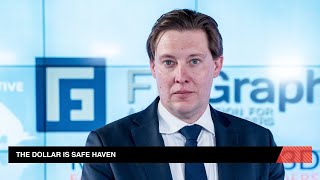 The Dollar Is Safe Haven

The rebound from the sell off early February is still underway, and while the US Dollar did bounce during the sell-off, it is now retracing again vs most other assets. Rarely have we seen such coordinated market action, with the Dollar inversely correlated to US and European equities, The Euro, Gold, rates and even the Yen. We expect the current rebound to die out early March and expect a new risk-off until late March at least. The US Dollar should be the ultimate safe-haven